Charlottesville veteran River Styx Phoenix was named the tournament MVP. Styx, who has been skating with Charlottesville since 2013, has cultivated her rugby background into a dynamic power on the track, making her a double threat who has brought strength and speed to the Charlottesville defense while consistently delivering points on the board for the Virginians.

“I am so grateful and honored to have been named the Eastern North America Continental Cup Tournament MVP, and to have represented the Charlottesville Derby Dames,” said Styx. “CDD and the sport of roller derby has taught me so much about determination, leadership, teamwork, and grit. It’s a sisterhood and brotherhood of the most interesting and passionate individuals. Your teammates become your family. You knock each other down, you lift each other up, and you push each other to be the best person you can be — on and off the track. Thank you, CDD. Thank you, WFTDA. Thank you to everyone who participates, officiates, volunteers, and watches this amazing sport.”

This was the first WFTDA event of its kind, following the 2018 tournament restructure that included a Continental Cups program to provide a regional postseason tournament opportunity for member leagues ranked below the cutoff for the International WFTDA Playoffs. Royal City Roller Derby of Guelph, Ontario, Canada, Dub City Roller Derby of Lake Worth, Florida, U.S., and North Star Roller Derby of Minneapolis, Minnesota, U.S. all made their debut in the WFTDA postseason this year through the Eastern North America Cup.

The Derby on Toast Bracket Challenge for this tournament was intense, with repeated upsets from teams out-performing their seedings. There were no perfect brackets remaining the final day, but with 14 out of 16 correct predictions, DIMPS was announced the winner!

Congratulations to all the participating teams, and thanks to all the officials, announcers, photographers, and other volunteers who made the weekend a success. Special thanks to the Kalamazoo Derby Darlins for hosting the first-ever WFTDA Continental Cup and for welcoming the WFTDA community to Michigan! 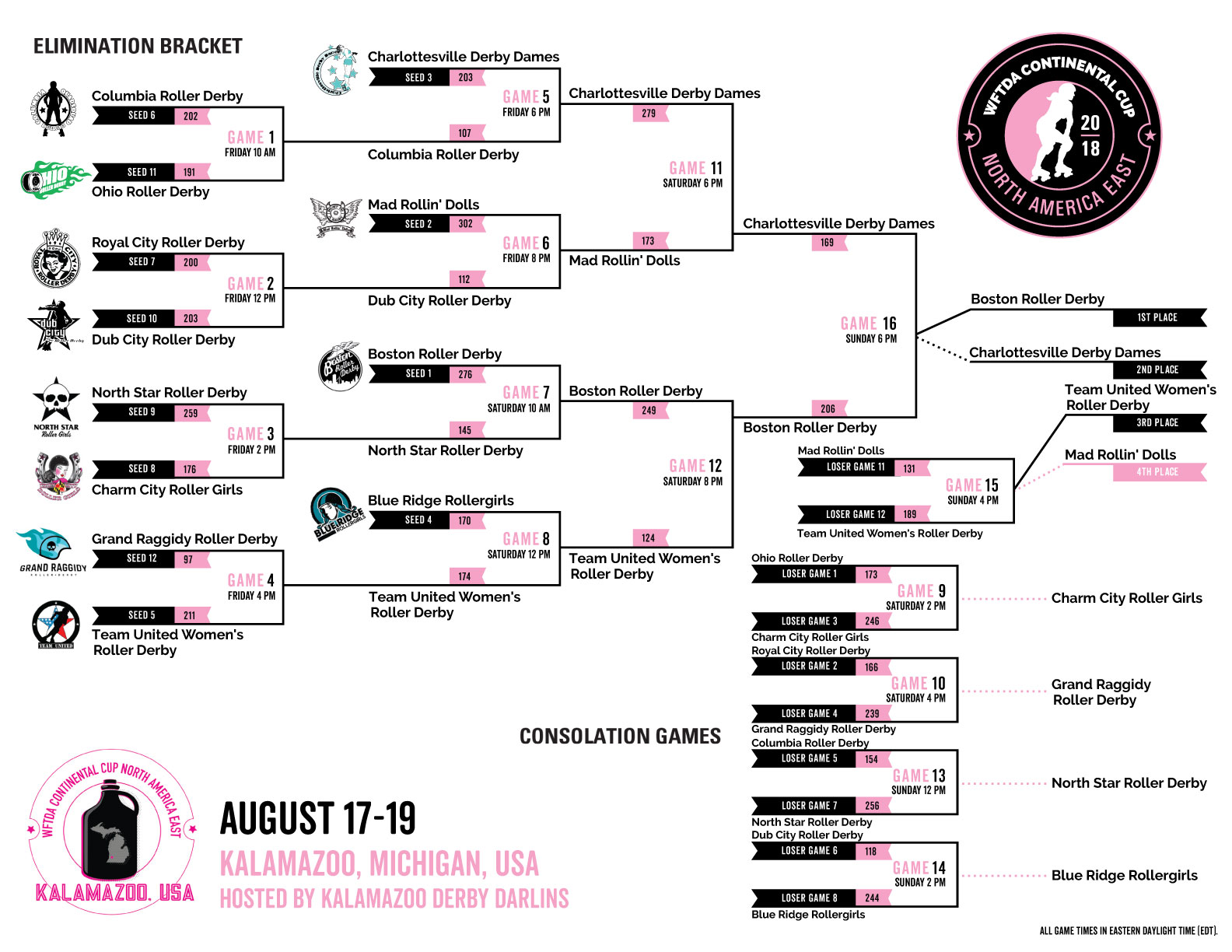