Boston Roller Derby’s Boston Massacre took the championship trophy in an electric finish to the 2017 International WFTDA D2 Playoffs and Championships in Pittsburgh, Pennsylvania, U.S. This was the first year in tournament history in which Boston, a founding WFTDA member league, did not qualify for the Division 1 Playoffs, instead seeding seventh in the Division 2 bracket. But they arrived determined and remained dominant throughout the weekend, going undefeated in four games and closing with a 166-150 victory over the Paris Rollergirls of Paris, France.

Dublin had one of the most impressive showings, having started the weekend seeded in last and ascending the rankings through upsets against Auld Reekie, No Coast, and Naptown on Friday and Saturday to earn a spot in the Championship bracket and ultimately place 4th. But they weren’t the only underdog to come out ahead; Naptown came in as the 12 seed and after defeating the Oklahoma Victory Dolls, Jet City Rollergirls, and eventually Dublin Roller Derby (after losing to them in the final game of Day 2 play) finished the tournament with 3rd Place medals.

This was the first WFTDA event of its kind, with the postseason restructuring combining what has in the past been two weekends of D2 Playoffs followed by a Championship bracket in November into a single dual-track Tournament. This tightly compacted weekend of high-level play was filled with bracket prediction shakeups and tight games where teams rotated lead changes. The games were so closely matched that there was even an overtime jam — an extremely rare event, especially in tournament play — when the score tied just as the clock expired on Bear City Roller Derby and Pirate City Rollers in Game 16.

Boston blocker Little Loca was named the tournament MVP. A transfer from Philly Roller Derby this season, Loca was a core part of her team’s defensive lineup, racking up one of the best point differentials of all blockers this weekend and propelling Boston through four victories to earn the championship title.

Congratulations to all the participating teams, and thanks to all the officials, announcers, photographers, and other volunteers who made the weekend such a success. Special thanks go out to tournament hosts Steel City Roller Derby for welcoming the WFTDA community to Pittsburgh!

If you missed out on any of the action this weekend, check out game photos and recaps at Tournament Central. Video archives will be available at wftda.tv later in the week. 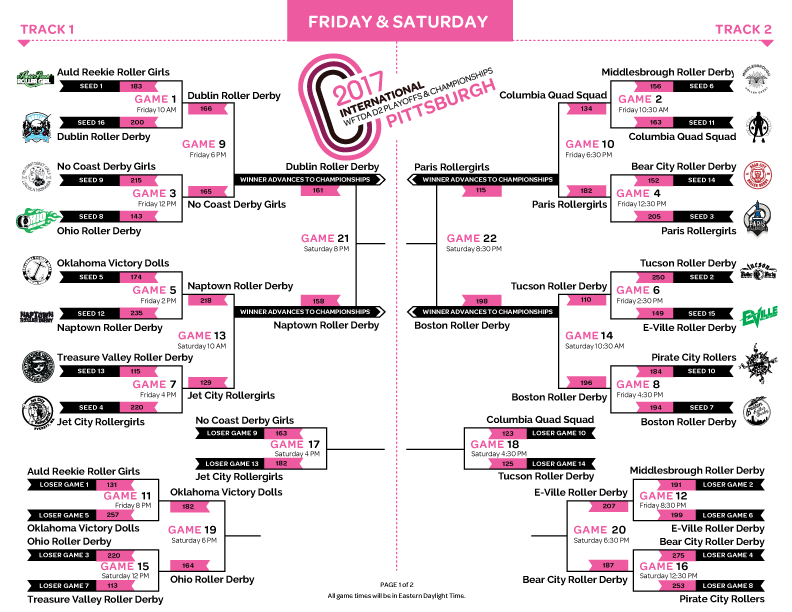 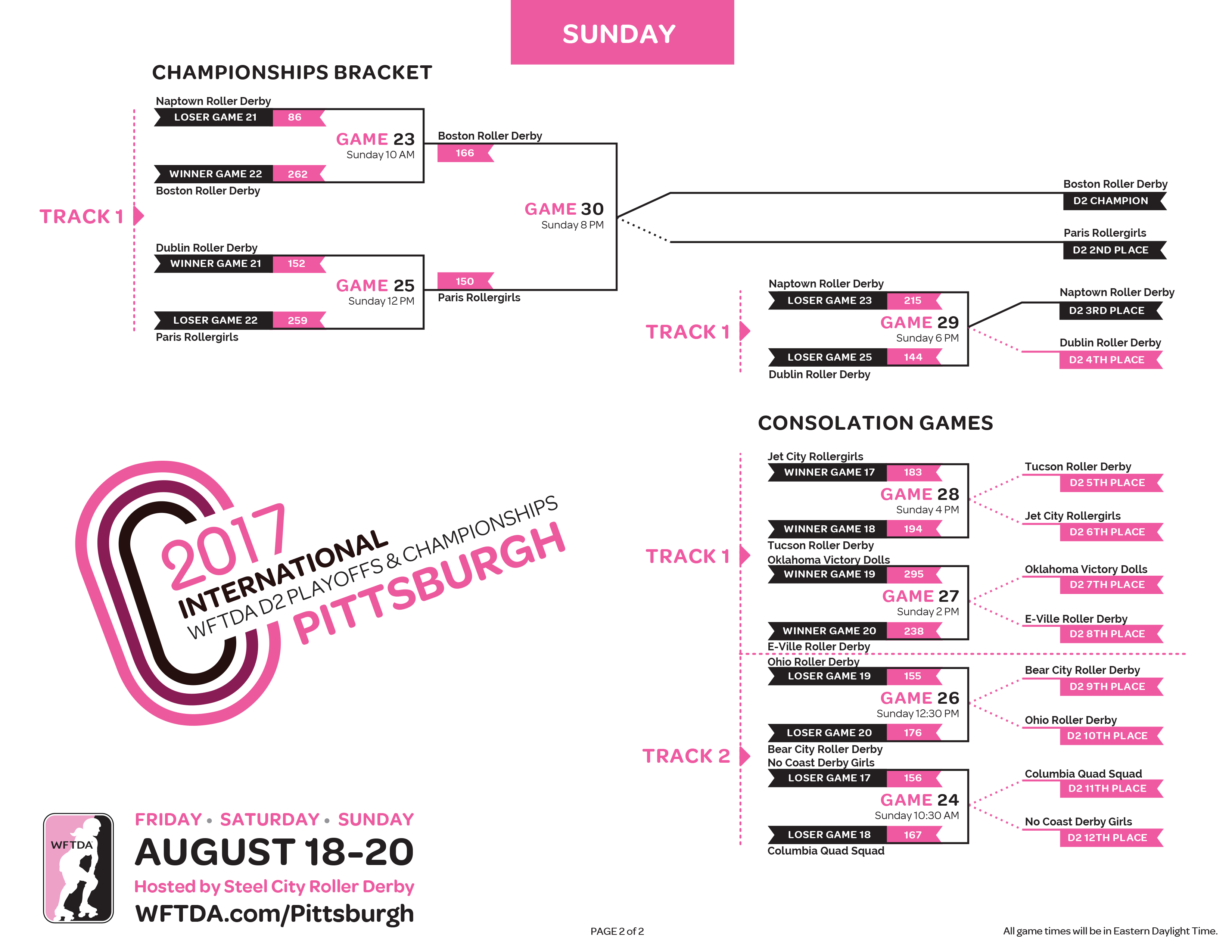