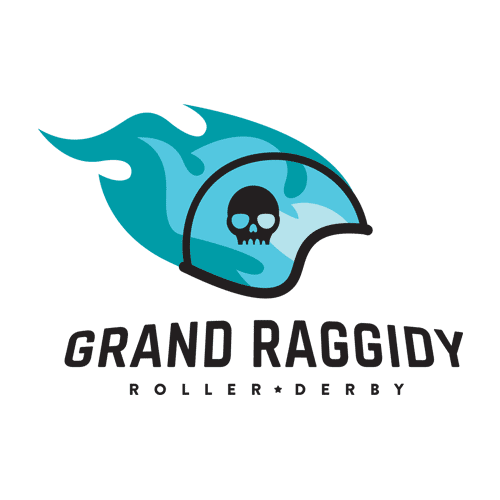 In April 2005, a high school buddy (the now-retired Ratt Scallion from Providence Roller Derby) sent GRRG’s Shutter Speed a link to her roller derby team’s website. She didn’t have to watch much bout footage before she was instantly hooked! Shutter and her roommate, The Vindicator, spent that spring recruiting individuals to form Grand Rapids’ first and only women’s flat track roller derby league: The Grand Raggidy Roller Girls!

On April 1st, 2006, The Grand Raggidy Roller Girls held their inaugural bout at the Delta Plex in front of over 2,000 spectators. Since then, various Grand Raggidy teams have represented their hometown in over a hundred games, traveling as far as Las Vegas and bringing home victory after victory at their new home bouting venue, Rivertown Sports located in Grandville, MI.

The Grand Raggidy Roller Girls are proud to be one of only 30 founding member leagues of the WFTDA (Women’s Flat Track Derby Association) since its inception in 2005. The WFTDA has since grown to be the international governing body for the sport with over 200 member and apprentice leagues located globally. The Grand Raggidy All Stars currently compete for rankings in the North Central Region of the United States.

All of these teams compete at their corresponding levels with other teams from around the state and region under the Grand Raggidy name.