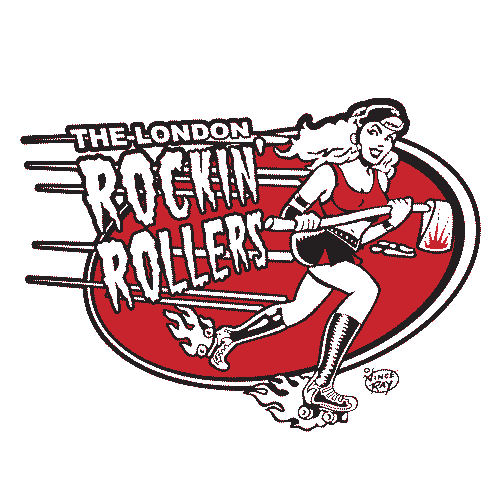 Formed in March 2007, the London Rockin’ Rollers’ were among the very first roller derby leagues in the UK. Guts, grit and determination saw the league participate in the UK’s first Interleague scrimmage with the Birmingham Blitz Dames in July 2007, then go on to compete in Europe’s First Interleague bout against Stuttgart Valley Roller Girlz in October 2007. Our B team was formed in 2010 as the popularity of roller derby in the UK exploded. 2011 was a proud year for The league as three of our intrepid skaters and head ref crossed the Atlantic taking part in the first ever Roller Derby World Cup. In 2013 we became full members of the Women’s Flat Track Derby Association. In 2014 our A team Captain was drafted into the Team England training squad for the Roller Derby World Cup, and a host of our skaters represented the West Indies, Italy and Greece. 2015 sees LRR taking part in the first ever British Roller Derby Championships, in a range of exciting home and away bouts.

No images at this time.