Medford, OR, United States of America 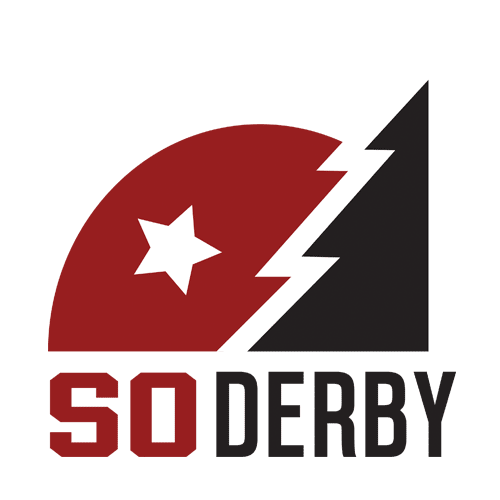 The Southern Oregon Rollergirls is an all-female, full-contact flat track roller derby league based in the heart of Southern Oregon’s Rogue Valley. We are a grassroots, member-driven derby organization which offers and fosters empowerment through athletic and creative outlets for women.
We aim to create an athletic environment, celebrate the diversity of women, and advance an atmosphere of sisterhood in the area we call home. We strive to create a sanctuary for our skaters and our support staff; a place where each of our strengths can be utilized to promote growth – individually and as a whole. We encourage the idea that individual growth and strength makes our team stronger, in turn making both our local community and our greater derby community stronger. We lead by example through direct participation, involvement, awareness, and cooperation within our community.
Southern Oregon Roller Girls pursue goals as diverse as its individual members. We strive to offer and foster empowerment through athletic and creative outlets for women, by improving the quality of roller derby through regional (and eventually\\ national) competition, and by attracting positive attention to the Rogue Valley. Our commitment and dedication to positive promotion and the continued growth of the sport of roller derby, as well as maintaining goodwill among our sister leagues, ensures our league’s continued expansion and success.

LEAGUE HISTORY:
Southern Oregon Roller Girls was established in January of 2009, to fill the growing demand in Southern Oregon for a grassroots, non-profit, member-driven derby organization. SORG started with a small group of skaters who met two nights a week in the heart of Medford at the local Armory. As membership grew to 25 skaters and recruiting extended beyond the central valley, SORG expanded practice spaces to the Armories in Merlin and Grants Pass. With the goal of bouting by the 2010 season, the league worked to establish a single travel team, applied for non-profit status, defined the league structure and established community presence. In February of 2010, SORG began bouting publicly. The first home bout was hosted at the Medford Armory with a turnout of nearly 1000 fans! Since that first bout, SORG has connected with other leagues throughout the Pacific Northwest and has completed its first successful bouting season. SORG has established itself as a USARS (USA Roller Sports) team that plays by full WFTDA (Women’s Flat Track Derby Association) rules.
The short history of roller derby in Southern Oregon spawned several rogue leagues with similar paths and goals. After much encouragement, outreach and mediation, our two Southern Oregon WFTDA hopeful leagues were united. In September of 2010, Southern Oregon Roller Girls and the Jefferson State Rollers successfully merged! This extraordinary merger doubled SORG’s size, fan base, practice time, support staff and ability to serve our community. This merger was celebrated by both the skaters and our community with the merged leagues hosting the last home bout of the season in September of 2010. Since this merger, SORG has worked to line up the 2011 bouting and service season and has been accepted to the apprenticeship program in the Women’s Flat Track Derby Association. The 2011 season was scheduled with the desire to become a WFTDA team and includes bouts with teams in Oregon, Idaho and California.
As of December 2010, SORG has a membership of over 50 skaters, and 20 volunteers and support staff. The league welcomes everyone who wants to become involved, including volunteers, referees, non-skating officials and coaches. The league practices four nights a week at the Medford Armory. S.O.R.G.’s coaching staff is currently developing a Fresh Meat program to meet the demands of the growing interest in roller derby in Southern Oregon. In 2011, SORG will debut two intraleague home teams and will continue the development and training of its interleague travel team.
From our inception, SORG has been actively involved and present in the community. The league has supported and participated in many public events and fundraisers in Southern Oregon, including the Multicultural Association’s Cinco de Mayo Fundraiser, Gay Pride Parade, the Science of Wine Fundraiser at Science Works and the Talent Harvest Festival. SORG will continue to promote local non-profits and will support our community through public service.

Images of SO Derby:

No images at this time.