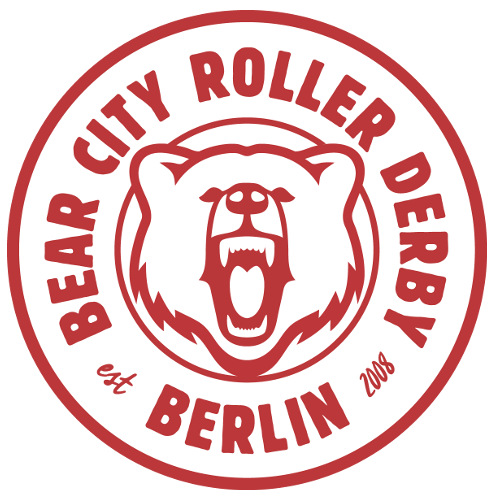 The Queen City Roller Girls of Buffalo, New York, U.S. (Seed #10, WFTDA #26) and the Bear City Roller Derby of Berlin, Germany (Seed #12, WFTDA #32) ended their 2018 International WFTDA Playoffs Atlanta tournament play with a game that featured a little bit of everything: multiple lead changes, an expulsion, a jammer who scored 110 points, an overturned penalty, and a dramatic final jam. Bear City closes their charter team season with a 218-212 victory over Queen City in the first-ever game between these two teams.

Bear City went into the final jam with what looked like a safe 16-point lead. Queen City jammer SIN quickly went to the penalty box, but her blockers prevented Bear City jammer Jane van Pain from earning lead jammer status the entire 30 seconds. As SIN came out of the box, Jane Van Pain was called on a penalty, signaling the jam would last the full two minutes even though the period clock expired. SIN began lapping the track but could only put up 10 points, and Bear City won by six.

The Berlin team had held the lead most of the second half after a 19-point jam from Miss Zoffi at about the 20-minute mark. Queen City’s Librawlian, who scored a game-high 110 points, put her squad in contention for the final jam with an 18-point run after a power jam start with just under three minutes to play.

Bear City’s penalty trouble was a factor in the second half, but they benefited from an official review in their favor. Defensive leader Master Blaster was called for a seventh penalty with about six minutes remaining, which would have fouled her out of the game, but in a rare result the penalty was overturned and helped Bear City’s defense stay at full strength.

But it was the game’s first half that saw the most intense action. Bear City held the lead for most of the first half, but the momentum changed in Jam 13. Mia Missile started as Berlin’s jammer but passed the star to pivot Hannah Satana. Then as a blocker Mia Missile was called for an egregious high block penalty against Queen City jammer Crazy Squirrel and was expelled from the game at the end of the jam. Crazy Squirrel scored 19 points in that jam to give Queen City a lead change, and teammate Librawlian had another 19 in the following jam as now-jammer Hannah Satana rode out a pair of penalties.

Queen City held Bear City scoreless for the next five jams, but Bear City recovered with back-to-back big jams from Miss Zoffi with 24 points and Jane van Pain with 27 to end the half with a 122-117 lead.

Will my WFTDA insurance cover the high blood pressure that I now have as a result of these games? #talk2WFTDA

This is an upset victory for Bear City, the lowest-ranked team to receive an invitation to WFTDA Playoffs this year.

“This win means we get to go home knowing we deserve to be in this spot,” Bear City’s Master Blaster told WFTDA.tv after the game. It gives us a satisfactory end to this season and boost to go into next season.”