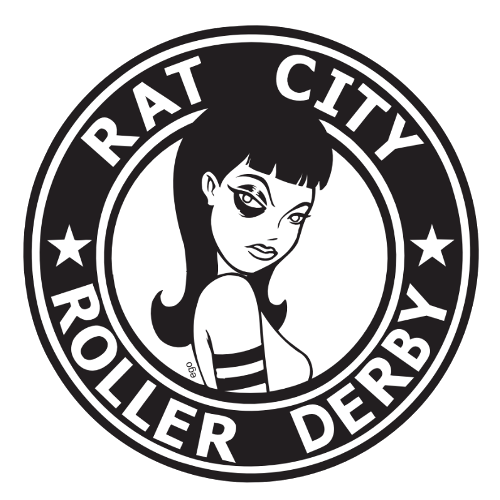 Roller derby fans kept a watchful eye on their brackets for the first 20 minutes of Game 5 of Friday’s 2018 International WFTDA Playoffs Atlanta, as the tournament’s #8 seed held a strong lead over the top-seeded team. But the Texas Rollergirls of Austin, Texas, U.S. shook off the challenge and defeated Rat City Roller Derby of Seattle, Washington, U.S., 191-118.

Rat City built up a quick lead by utilizing offense: sending one blocker to assist the jammer against the Texas defense while three held back the opposing jammer. It worked as Seattle controlled lead jammer status for six of the first ten jams and took a 51-22 lead.

But then Texas got behind a Freight Train, who answered with a 27-point power jam to close the gap to two points. Her teammate Gravy, Baby! scored five in the next jam and Texas took the lead with about eight minutes remaining in the first half. Rat City never regained the advantage, and trailed 83-69 at halftime.

Oh my gossshhh, Freight Train gonna just even this score up all by herself #WFTDAPlayoffs #wftdATL

In the second half, Rat City’s offensive strategy was undone by blocker penalties, and Texas continued to build a lead. The Texecutioners held Seattle scoreless in eight of nine jams while going on a 74-9 run.

Seriously derby crushing on Rat City today! Which is crazy cause I LOVE Texas sooooo much! Cee Cee’s blocking is so sticky and beautiful!! #derbytwitter

This was the third consecutive year these teams have faced each other in the WFTDA postseason, with Texas taking the victories each time.

It was the second game of the day for Rat City, which had defeated the Windy City Rollers of Chicago, Illinois, U.S. (Seed #9, WFTDA #25) to advance to this game. The Seattle squad rolled out two skaters who hadn’t jammed in the first game, Morgan McSlay and Evergreen Jean, for some fresh legs.

But the bulk of the point scoring for Rat City was done by Alyssa Pray, who posted 68 of her team’s 118 points and a personal 68 percent lead jammer status. Considering the 14-place spread in the two teams’ WFTDA rankings, today’s score will likely affect each team’s postseason ranking.

Texas advances to face either Atlanta Rollergirls of Atlanta, Georgia, U.S. (Seed #4, WFTDA #11) or London Rollergirls of London, England (Seed #5, WFTDA #14) at 6 p.m. EDT Saturday. Rat City moves to the consolation bracket and will play at 11 a.m. EDT on Sunday.

Texas jammer Freight Train told WFTDA.tv after the game she would look forward to facing Atlanta or London: “I would love to play both, they are two very good competitive teams. In the past Texas has had very good games with both. Either way it will be exciting.”

Freight Train led all scorers with 82 points, while Gravy, Baby! had 39. Texas was led defensively by Stone Her, Peacewar, Kris Rago, and Legal Knievel.

In addition to Alyssa Pray, Seattle jammers A. Green had 19 points and Littlefield had 18. Defensive standouts were CeeCee, H. Botts, and R. Rickel.