The Continental Cups program provides a regional postseason tournament-play opportunity for member leagues that are ranked below the rankings cutoff for the WFTDA International Playoffs. Each region’s Cup will be hosted and run by a league in that region, and is set up with the format that best fits the rankings needs of the region. 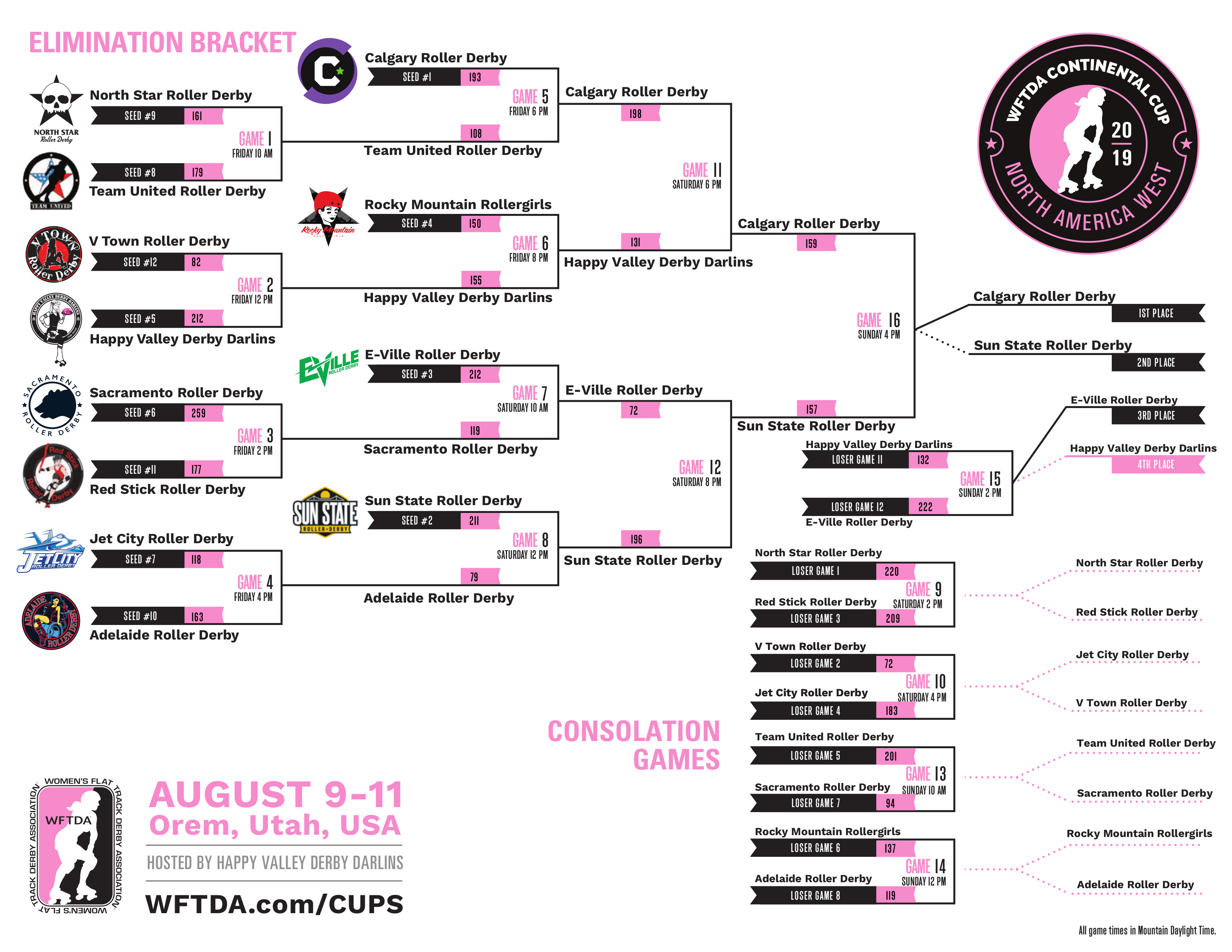 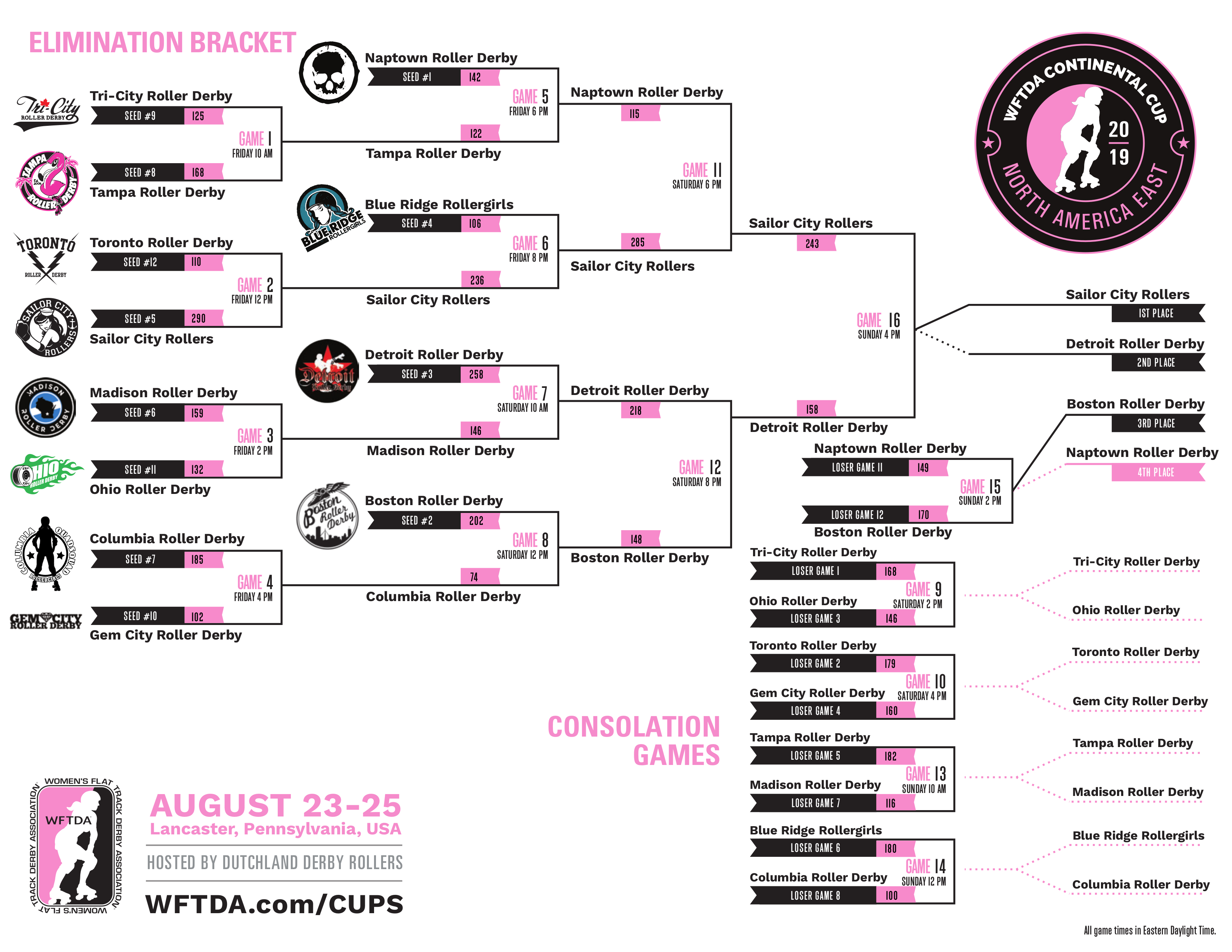 Each year, the WFTDA Competitive Play Committee will determine the number and structure of the Continental Cup tournaments based on the competitive needs of regions globally. This system is scalable and allows for regions to be split or combined, and for events to be added in future years. These events are operated by WFTDA-member league hosts using the WFTDA’s competitive brackets and per WFTDA requirements, with the ability to tailor the event to suit the needs of the region and host.

After the Playoffs are seeded and confirmed, the next highest ranked teams will be placed in their assigned region’s Continental Cup until those brackets are filled. Twelve teams each will be assigned to the North America Cups and eight teams to the European Cup.

In 2018, WFTDA teams were seeded into two North American Cups and a European Cup.