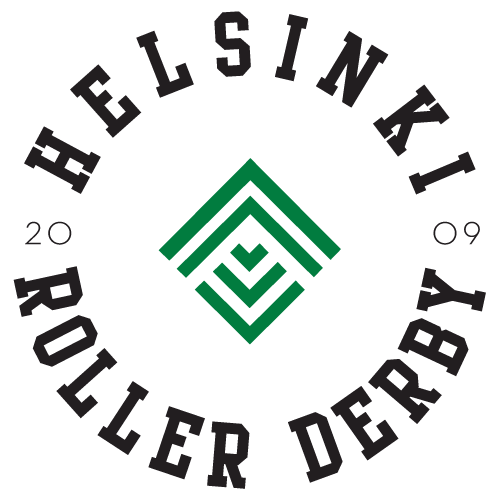 Helsinki Roller Derby was founded in March 2009 by a group of Finnish women who discovered that what they were missing in their lives were big hits, booty blocks and skating at high speeds. Those women are now giving hip checks and bruises to an army of new recruits and the league continues to grow fast.

Our Primary venue is Pasila Urheiluhalli (Pasila Sports Hall) that is familiar to attendees of MayDay in Hell (international derby event hosted by HRD in May, 2011), Team Finland, Team Sweden, Team USA and many other roller derby teams around the world.