Get Your Tickets
Get Your Watch Pass

This year, the top four ranked teams in the June 30th Rankings received a bye straight to Championships, and will be joined by the top three finishers from two Playoffs tournaments in A Coruña and Atlanta. Learn more about the 2018 tournament structure. 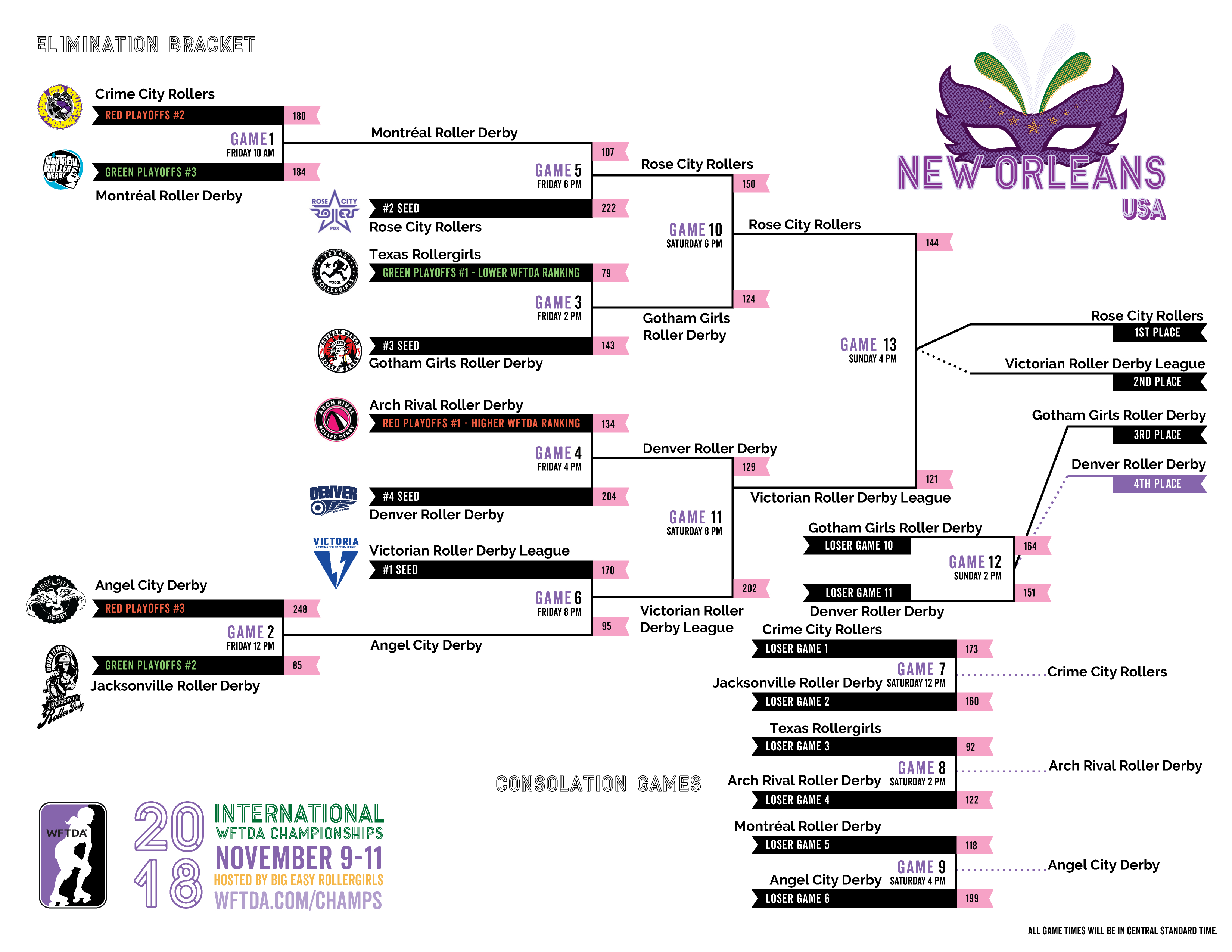 The Big Easy Rollergirls (BERG) organization was founded in 2004 by a group of tough New Orleans women. BERG began holding practices in mid-2005, and had a dedicated and growing membership when, on August 29, 2005, Hurricane Katrina rolled into town. In the aftermath of that storm and the levee breaks that followed, the founding members of the Big Easy Rollergirls were scattered and many relocated around the country.

Thank you to our tournament sponsors!